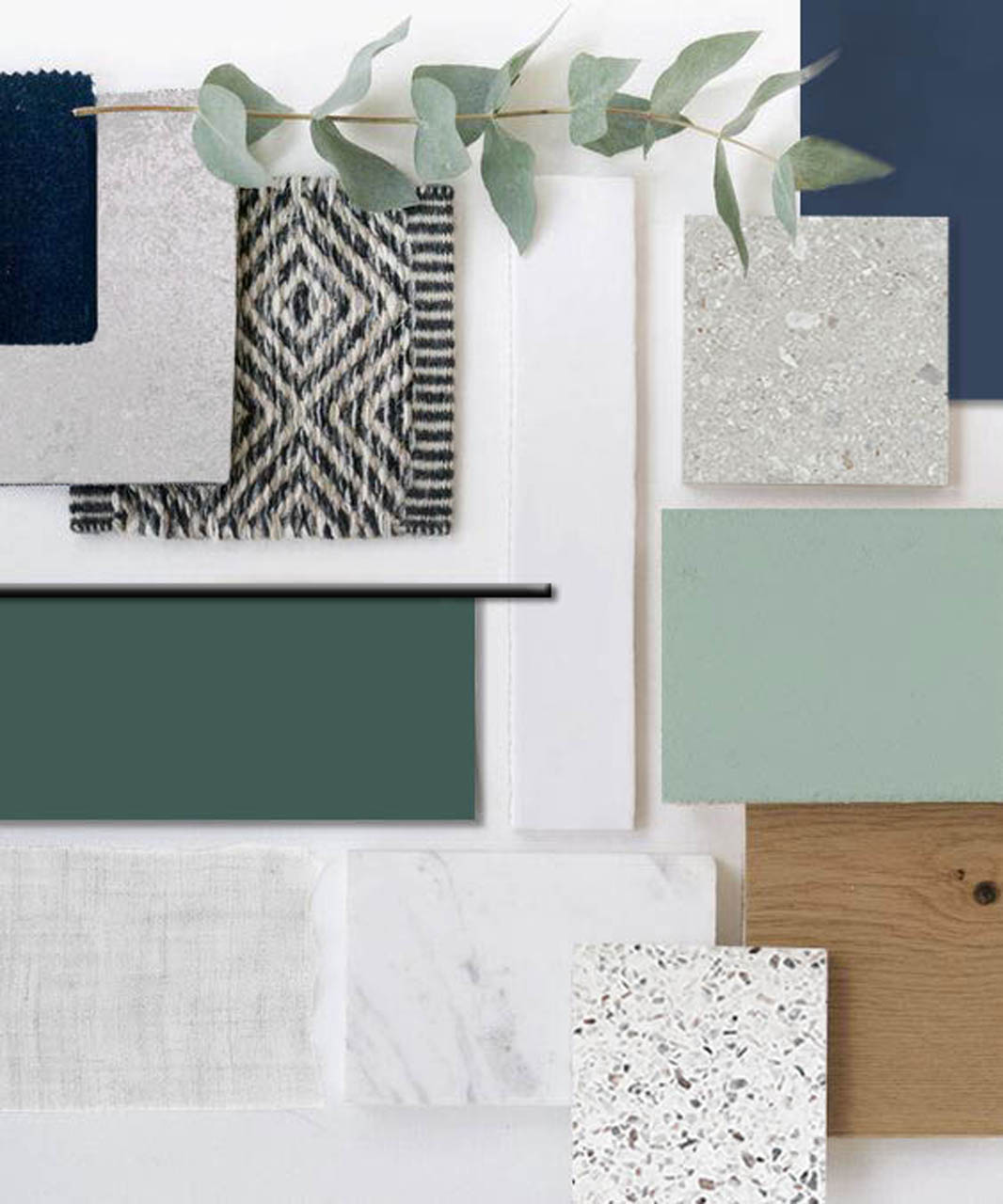 Pale shades were chosen in the bedroom, while in the bathroom green color has been combined with orange.

Instead, the proposal aims to configure the layout into two distinct zones, the public areas that include the living room, the dining, and the kitchen, and the private rooms with the bedroom, the walk-in closet, and the bathroom. In our effort to unify the living spaces, the structural elements that showed the previous structure of the apartment were revealed and we chose to maintain them as passages, which allow conciliation and interaction between the spaces.

In the private part of the apartment on a horizontal linear axis are placed the storage spaces parallel to the axis of motion, allowing the development of basic functions in the maximum possible area.

The redesign of the apartment in Nea Smyrni Square seeks to create a living and youthful space, a source of inspiration for a young student of interior design.

Therefore, emphasis was placed on the choice and combination of materials and colors, so that they succeed in being a field of expression. The space becomes partially self-referential without forgetting the functionality as a basic priority. Each area is dominated by a different color, which gives a mood of play and discovery, a feeling that is intensified by the choice of different designs of terrazzo tiles.

The view from the living room in the square of Nea Smyrni led us to reproduce the colors of nature inside the apartment. Therefore, tones of green and blue were chosen in the living areas, reflecting the visual escape. 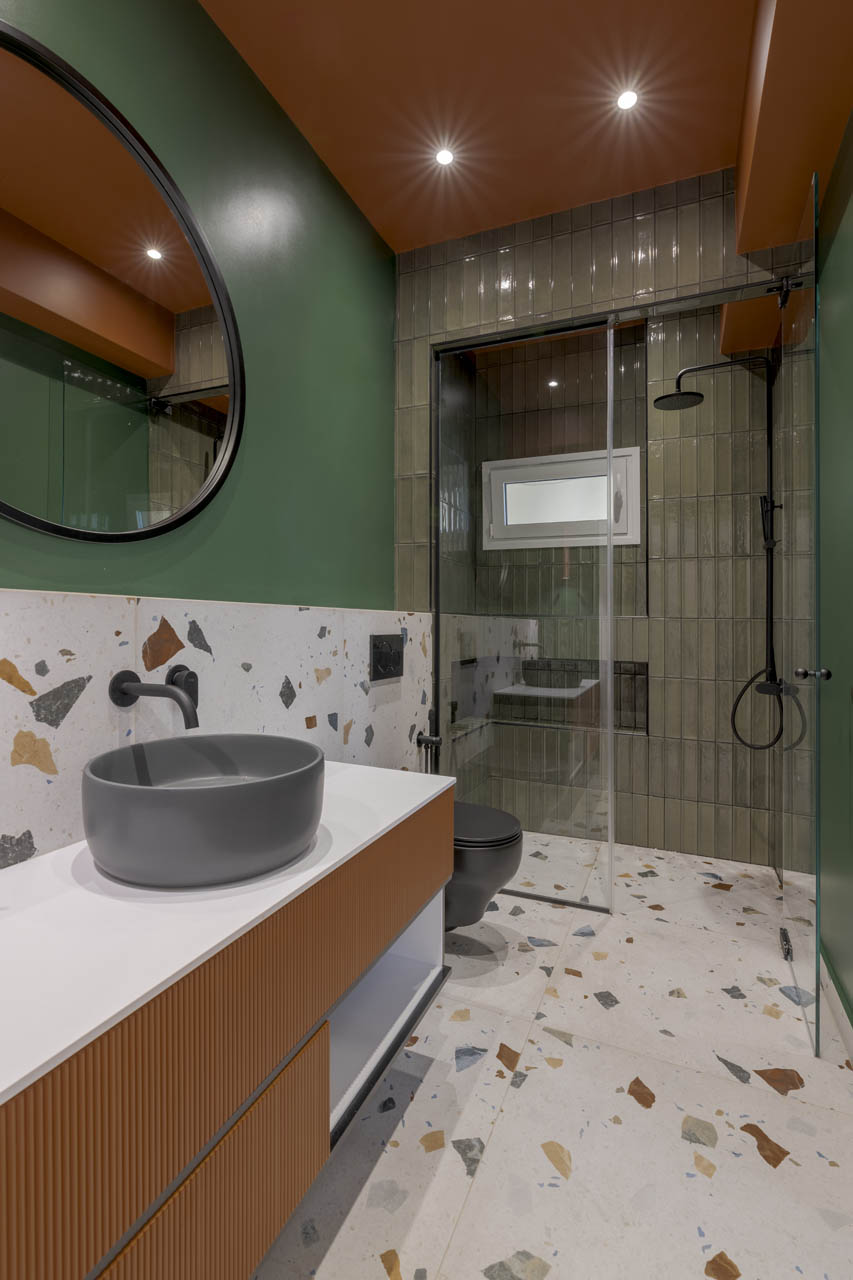