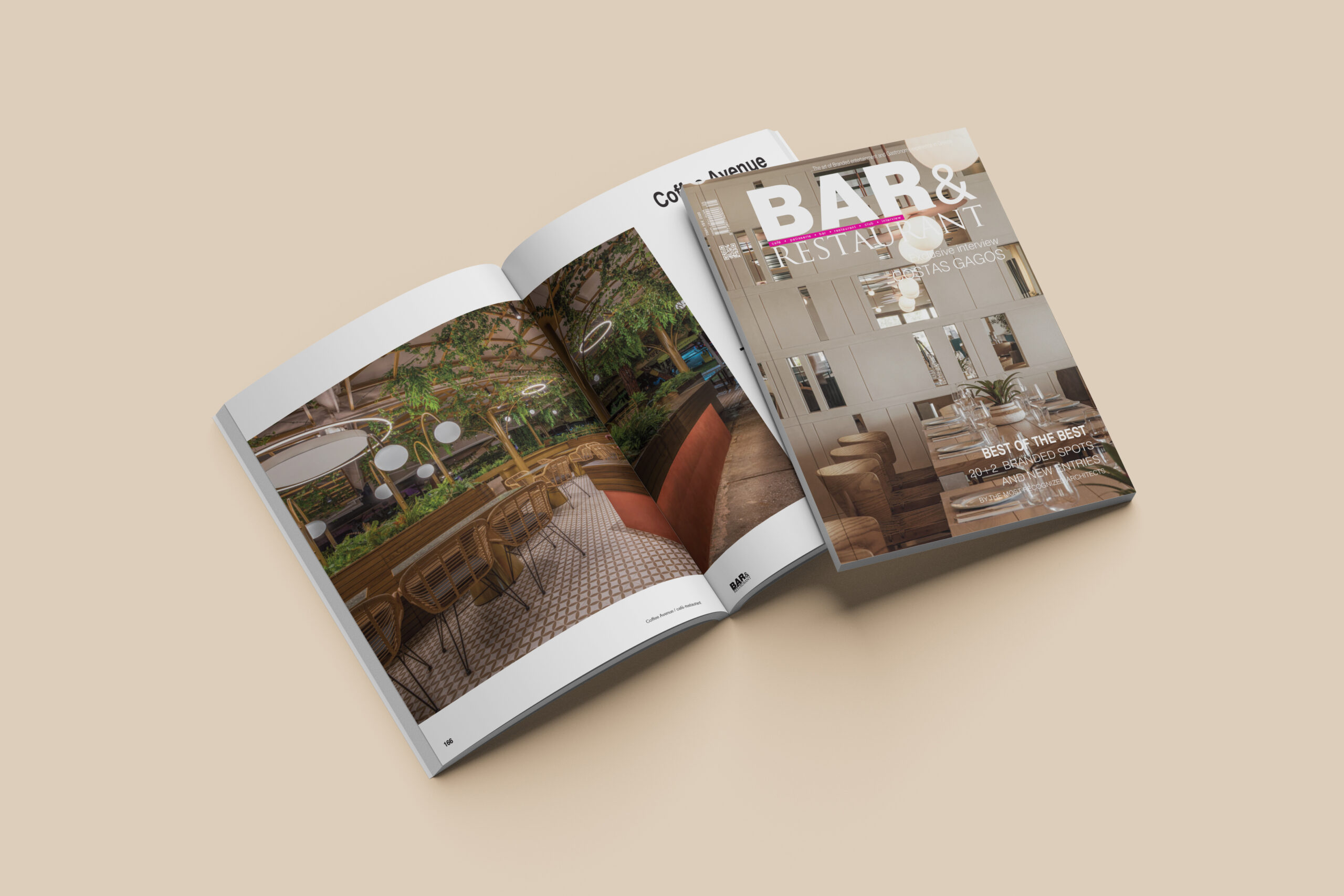 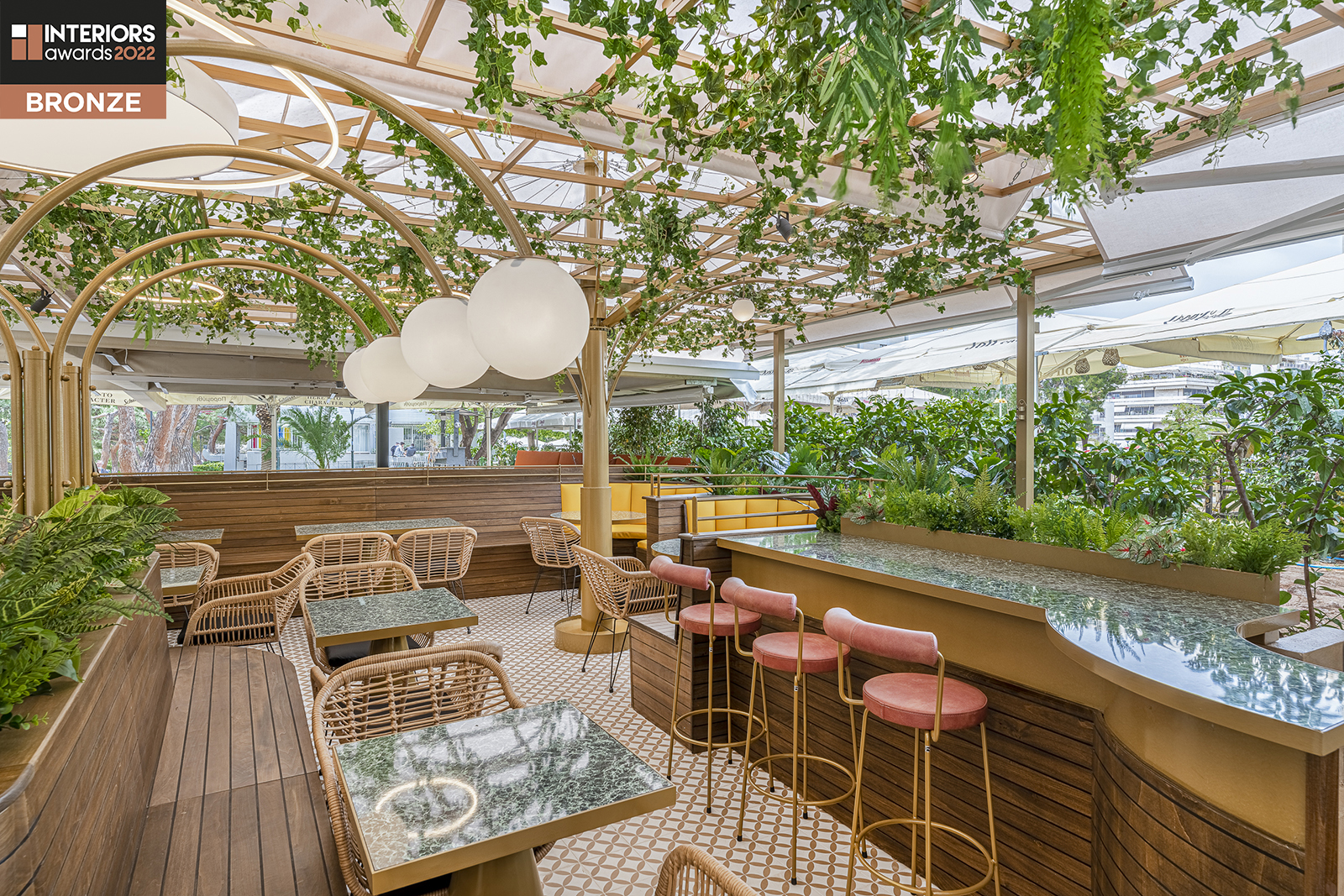 The project concerns the redesign of the exterior of the café-restaurant “Coffee Avenue”, which is located in the square of Nea Smyrni. The whole square has a strong commercial character, and many recreational areas and is a meeting point for both locals and visitors from other areas. At the same time, in large part of the square, the element of water is met with the creation of a system of continuous lakes with waterfalls and fountains on many levels.
The intervention that took place, as a large part of the cafe extends to the square, should not alter the identity of the area, but at the same time be separated from the adjacent cafes that are lined up next to each other. Also, the challenge was the fact that all structures had to be not permanent but movable.

So, with the design, we tried to return the ‘space’ to the square. We designed benches that either provide views of the sidewalk and the fountains or give more privacy. A central semicircular bench which is designed in the middle of the space reminds us of the importance of socialization that nowadays tends to disappear. In addition to the reintegration of the coffee shop into the public space, our goal was to introduce the element of planting, giving the square and the residents a small oasis, an urban garden that was missing from the square and the city in general. For this reason, plants were hung from the wooden trellis of the roof but also placed on the backs of the benches. Lighting plays an important role in the project, with which we created scenarios for all hours of the day, as well as for special events that can take place. 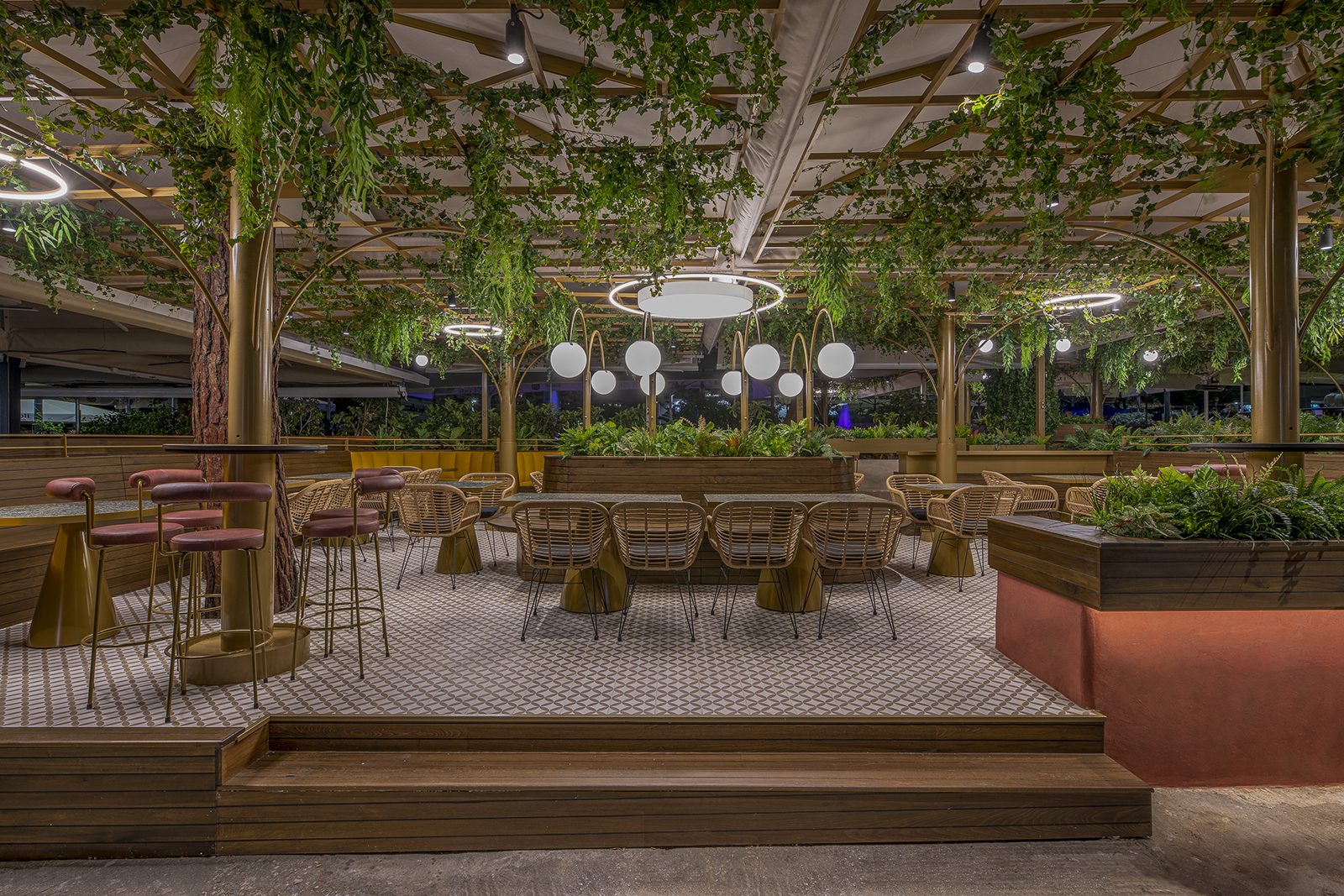 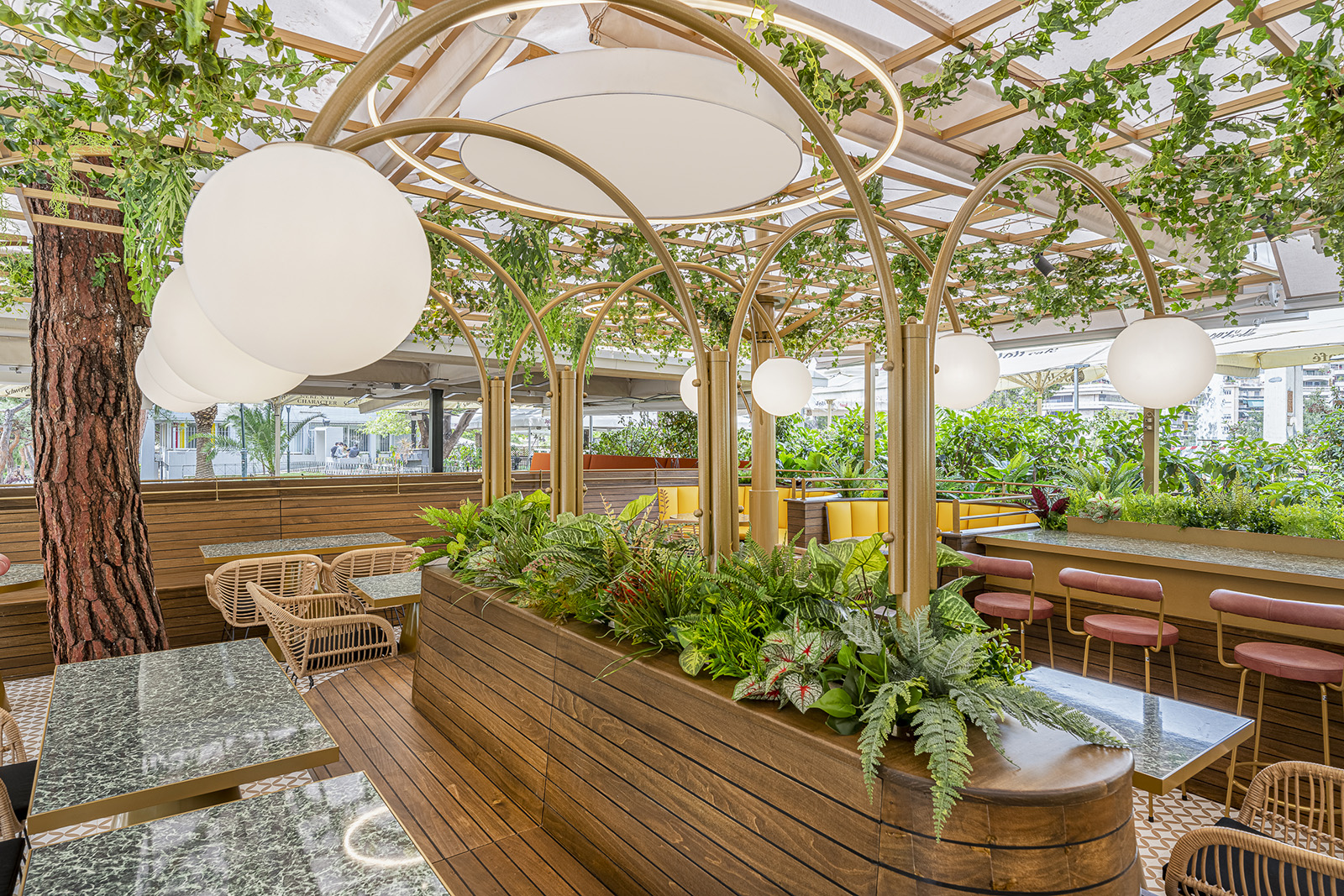